Skyscraper Construction – Reaching For The Skies!

Throughout history, man has yearned to reach for the skies. It began as far back as the ancient pyramids of Egypt. The Great Pyramid was the tallest pyramid ever built, reaching a height of over 140 meters and taking approximately twenty years to construct. For thousands of years The Great Pyramid was the largest man-made construction in the world.

From the 1200’s until the early 1900’s the tallest building in the world was always a cathedral or church with a spire and these buildings were usually found in Europe. But in 1870 a new type of building was emerging from the US. It varied from the traditional model of construction in the fact that steel or iron was used internally, to help bear the weight of the building. This type of construction went on to be known as the skyscraper.

The first of these buildings were nowhere near as tall as the skyscrapers we know nowadays. The Equitable Life building was constructed in New York City and measured in at a meager 40 meters. It was the first building of its kind, in that it was an office building with seven floors which housed the worlds first working elevator. It wasn’t until 1884 that Chicago’s Home Insurance building was built to a height of 42 meters, becoming the first construction built using the interior steel frame construction method (and the worlds largest man-made structure of that time). Both of these features are now standard design components that are found in all skyscrapers. 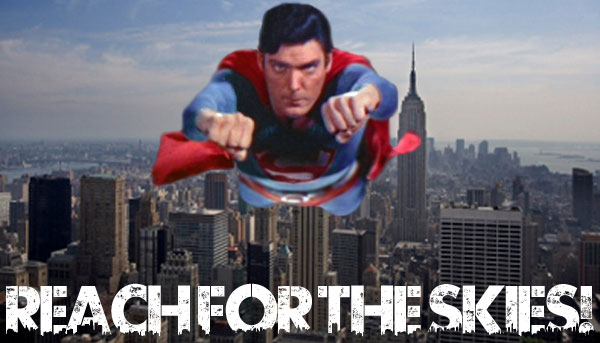 A skyscraper or a high-rise?

If you can’t build out, build up!

So why do people build skyscrapers? What has inspired some of the worlds greatest architects to continually follow the quest for height? The most obvious answer to these questions lies in the real estate market. If you only have a small area in which to build upon, by building upwards you can increase the value and efficiency of that space. But social distinction and large ego’s, much like those that built the ancient pyramids, are probably both contributing factors when it comes to the height and design of the modern skyscraper.

There is a long list of checkpoints to consider before building a skyscraper. Most importantly, it must be able to support its own weight especially in strong winds. Wind pressure increases with height, and wind load is the number one contributing factor to the structural damage of skyscrapers. The concrete should also be reinforced with steel fibres, increasing the payload that the building can withstand. Most commercial construction nowadays require the use of construction performance bonds in order to protect the company’s financial investments.

In 1956, Frank Lloyd Wright, a respected architect of small buildings unveiled blueprints for the construction of a mile-high skyscraper. Unfortunately, the materials and components needed to build this skyline dominating monster did not yet exist. However, due to improvements in elevator technology and building materials over the years, this vision of the future is now possible.

Written by Hayley Reeve on behalf of Bespoke Risk Solutions.